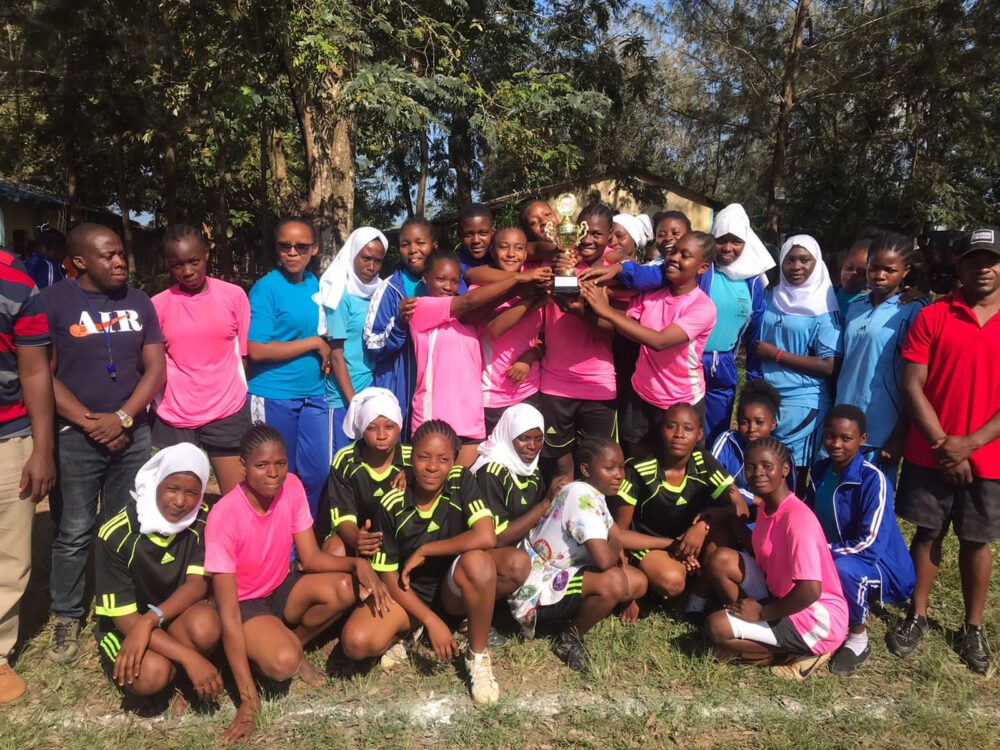 Mazeras and Eregi are the latest sides to qualify for the KRU Girls’ 7s national championships set for Nakuru on 7/8 October 2022.

Mazeras triumphed in the Coast regional competition which was played at Shimba Hills Secondary School on Sunday 2 October 2022.

They began with a 5-0 win over hosts Shimba Hills before defeating Mvindeni 27-0. They would book their ticket to Nakuru with a 10-0 victory over Verlay McMillan from Mombasa.

Commenting on the event, KRU Regional Development Officer Leon Lubanga said, “It was a hotly contested championship with Mazeras Girls Memorial emerging the eventual winner. On behalf of KRU I would like to thank all the participating schools for honoring the fixture.”

“It was a very nice championship. We are looking forward to working with the union once again, ” added Shimba Hills Games Master Mr. Libondo.

Eregi booked their ticket from the Western region after defeating Madira 20-5 in the final played at Kakamega’s Bull Ring on Saturday 1 October 2022.

KRU Regional Development Officer Shirely Anindo spoke after the competition, saying, “It was a success. l would like to thank the union for the support that it gave us for the support towards girls rugby, not forgetting their teachers and coaches for the good work.  It was encouraging seeing these ladies play. I urge clubs to come in and pick up the girls for the future player development.”