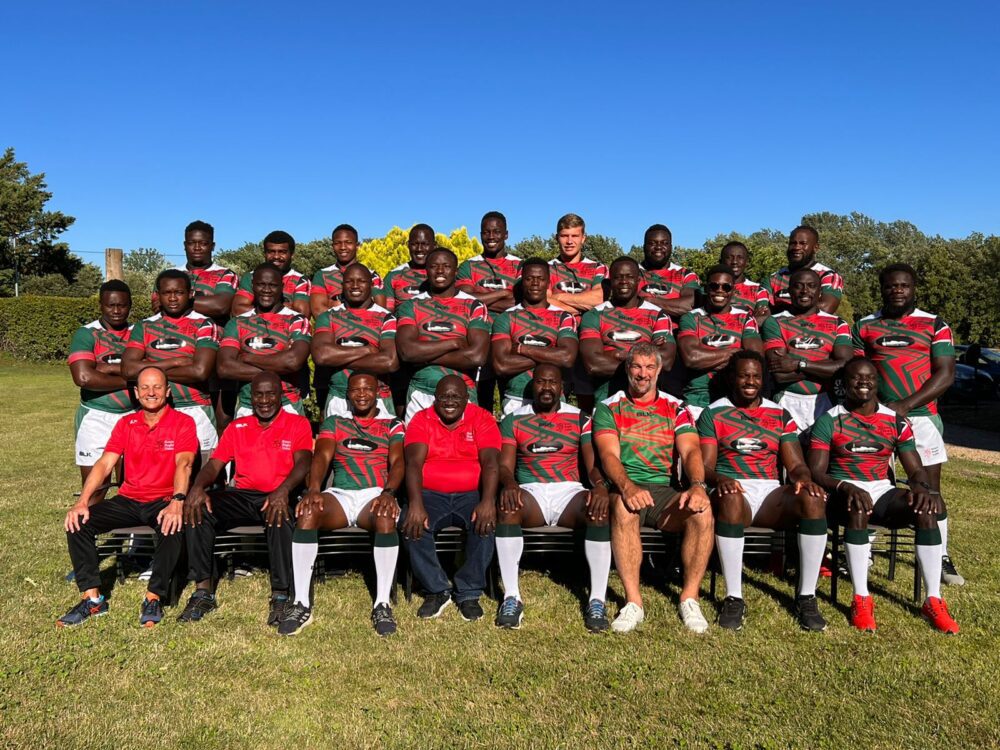 The Kenya Simbas Head Coach Paul Odera has named a strong squad that will face Uganda Cranes on Saturday 2nd July at the Stade Maurice David in Marseille, France.

Speaking at the training venue during the team’s Captain’s run, Coach Odera stated that he was very confident in the lineup selected by the tech team. “We’re confident that it’s a strong team with good balance. Each player adds something different and that’s how we want to play for the 80 minutes.” He said.

Speaking on how they’ve been managing the players since arrival in Marseille, he added the following, “it’s been about recovery since it was a long journey from Nairobi to Paris and then to Marseille. Kenyans can expect the players will give their everything and we’re quite confident, there’s a lot of focus and some relaxation which is important.

The Captain’s run has gone well with the Captain and the leadership group taking charge and that’s exactly what we expect from them tomorrow. We have a game plan and if they stick to what we have practiced we expect to be successful after the 80th minute.”

Captain Daniel Sikuta had one key statement after their Captain’s run was done. He said, “The Simbas are ready to go!”

Below is the Simbas line up against Uganda: