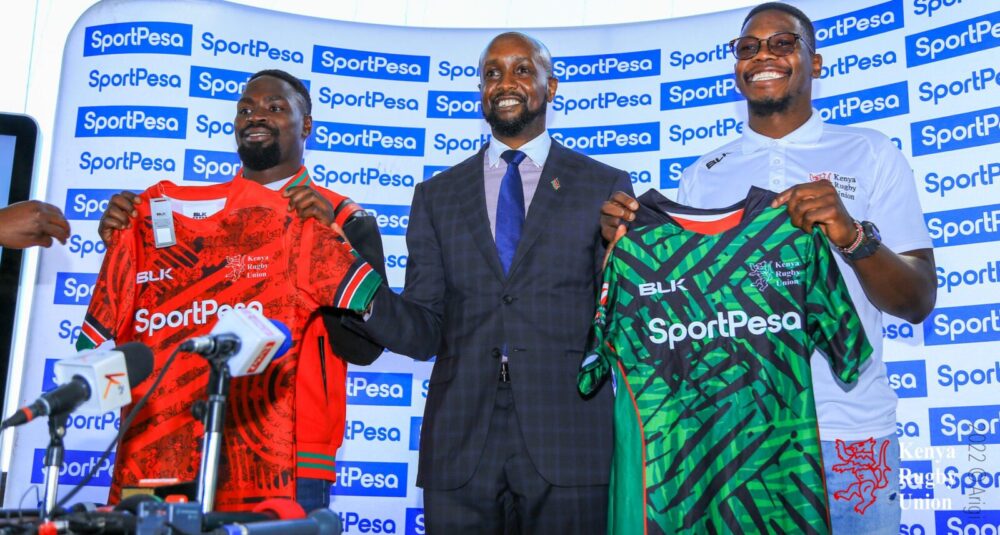 The partnership was unveiled in Nairobi on Thursday 15 December 2022.

SportPesa previously served as the Official Headline Partner of the KRU between 2016 and early 2018.

The organization’s CEO Ronald Karauri said, ““We are delighted to be back in rugby even though we have not come in a big way as we did before. This is just the start and the reason we have a three-year deal is so that at the end, we can definitely increase it to something bigger.”

KRU Chairman Oduor Gangla also commented on the partnership, saying, “We are pleased to be reunited with SportPesa as we seek to steer our national sevens team to even greater height on the continental and global front, something that ties in well with SportPesa’s ambition to steer the country to greater global sporting heights.”

“We want to put the players in better and bigger contracts so that there is more push to work and deliver. We are looking to have them contracted for up to the 2024 Olympic Games so that there is a bigger and long term plan,” he added.

Shujaa captain, Nelson Oyoo, speaking on behalf of the team, said, “Nelson Oyoo said; “As players we are really delighted because it has been a tough time and we thank Sportpesa for coming on board and sponsoring the team.”

Aggrey Wabulwenyi, the KRU CEO said, “This is an incredibly important step for the Kenyan Rugby in our strategic goal to be rugby brand not just in Africa but globally, as we give our rich basket of rugby talent that we constantly churn out of our talent pathways a sporting chance. We are delighted to have a forward-looking partner in SportPesa.”