Through Malcolm’s Eyes: A Recap of The Simbas South African Tour 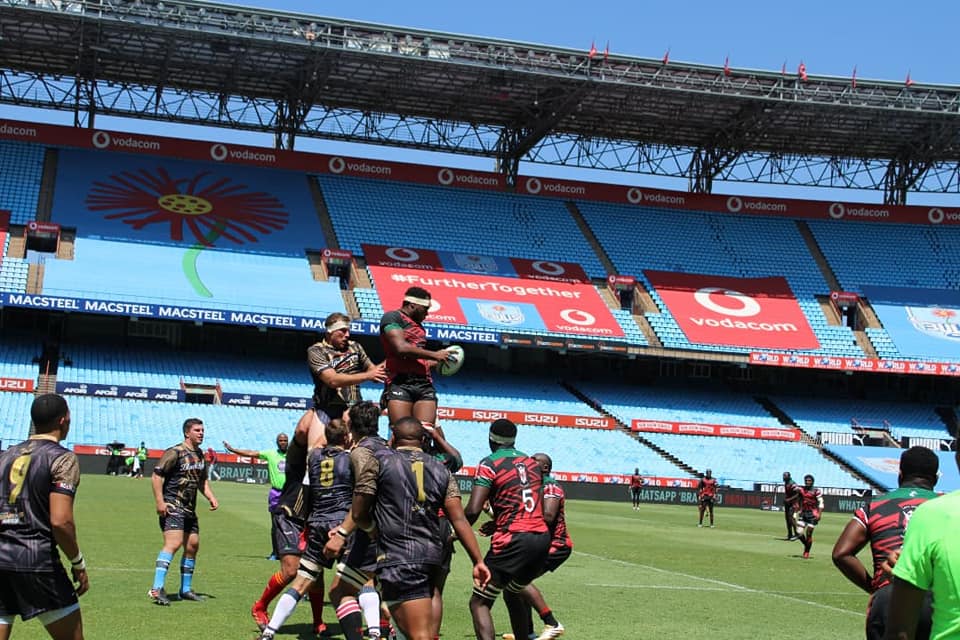 The Kenya Rugby National 15s team, The Simbas have now been in South Africa for the last twenty days for their South African Tour. The trip featured four matches, two friendlies and two test matches with the first match taking place on 6th November when they played against the Carling Black Label Champions select side at the Loftus Versfeld.

“The first week was a shocker for majority of us because we were thrown in the deep end as we played against the Carling Champions team. However, the most amazing thing was getting to play at the Vodacom Blue Bulls stadium, the Loftus Versfeld. It was very interesting to play in such a big stadium and it was even better watching the young boys enjoying their first tour (with the Simbas) outside Kenya,” said Malcolm.

“It was so good for us as a team to be in a professional setting seeing as SAS have everything on sight; from pitch, gym, recovery centers meals and accommodation areas.”

“Now we’re in Bloemfontein where we will play the Diables Barcelona, a Spanish side on Thursday 25th November. It should be fun, a load of young boys getting an opportunity to show what they have. You can that everyone is excited in the camp and growing into their own.”

“When we started the tour I didn’t know much about some of the younger players but it’s been pretty cool to spend time with them one-on-ones and see their personalities shining through, such a couple of jokers,” he added as he let out a laughter.

As we wrapped up our chat with the lineout maestro, he thanked Kenyans for their continued support throughout this journey as they continue learning and improving on their performance.

The Simbas play against Diables Barcelona  this Thursday evening after which they will depart for home on Friday and land at the JKIA early morning on Saturday 27th November.