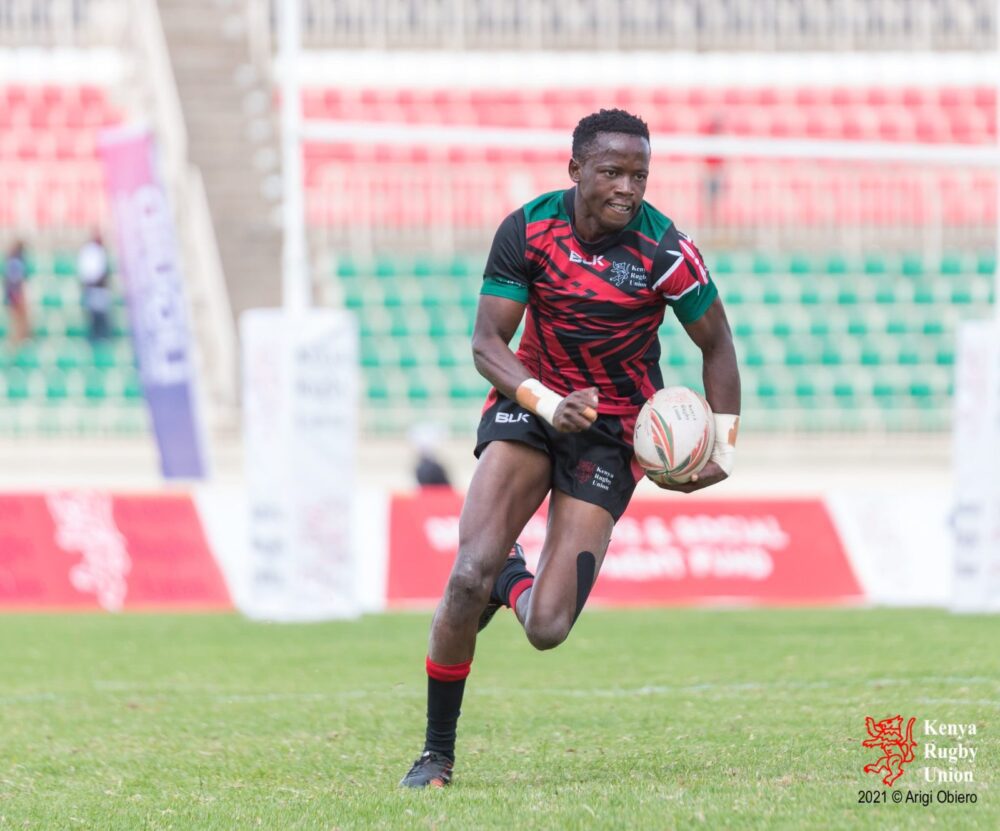 There are a total of twelve changes as the Simbas take on Portugal in their second clash at the RWC 2023 Final Qualification Tournament in Dubai, United Arab Emirates on Saturday 12 November 2022. Eight of these changes are in the starting fifteen with another four on the bench.

There is a full test debut for Amon Wamalwa who starts at fly half while 19 year Joshua Weru who came off the bench for a try scoring debut in Sunday’s 14-68 loss to the USA, makes his first full start for the Simbas at number eight in place of Bethuel Anami who is rested for this fixture.

21 year old Wamalwa makes his first ever start for the Simbas, starting this encounter at flyhalf.

The duo are among eight changes to the side that started Sunday’s opener against the USA, the others being Edward Mwaura and Teddy Akala in the front row, Brian Juma at lock, Martin Owilah in the back row, Brian Tanga at scrum half, Beldad Ogeta and Timothy Omela on the wings.

Samuel Asati moves from scrum half to fullback in one of two positional changes, the other seeing Thomas Okeyo shifted from lock to blindside flank.

Malcolm Onsando captains the side in the absence of Daniel Sikuta who is also rested for this fixture after suffering a concussion in the clash against the USA.

Peter Kilonzo, potential debutant Clinton Odhiambo, Samson Onsomu and Ian Masheti are introduced to the match day squad for the first time in this tournament and will start from the bench alongside Eugene Sifuna, Andrew Siminyu, George Nyambua and Geoffrey Okwatch who all featured on Sunday.

The clash against Portugal takes place at 3.00pm EAT.