Otieno is October’s Sports Personality of the Month 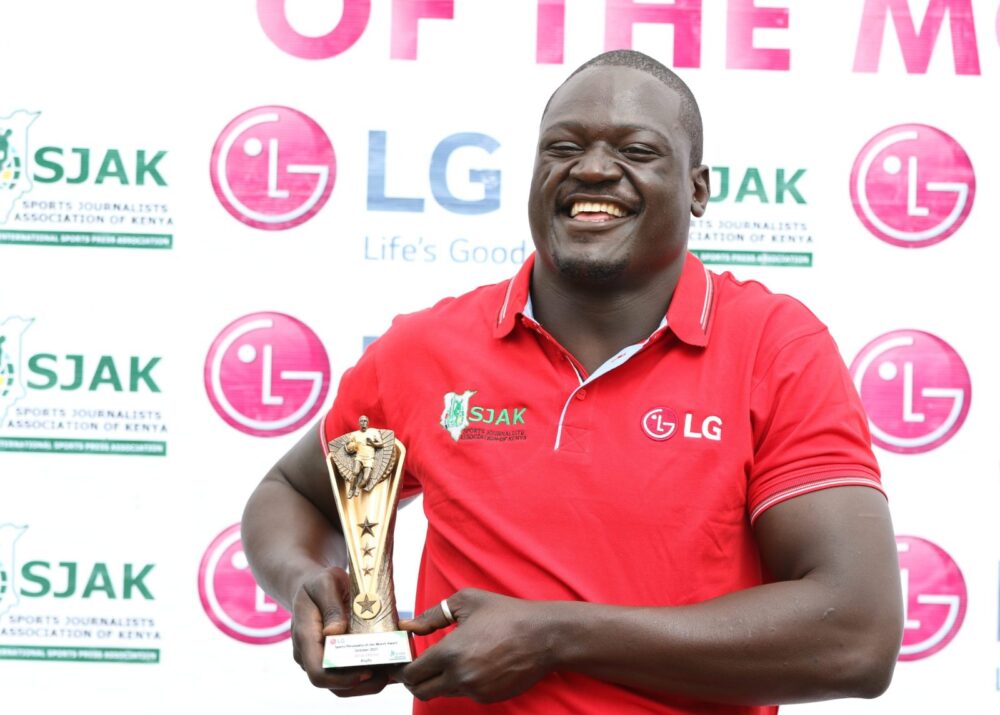 Kenya Sevens forward Alvin Otieno has been named the LG/Sports Journalists Association of Kenya (SJAK) Sports Personality for the month of October 2021.

Buffa, as Otieno is affectionately known, was named MVP as Shujaa reclaimed the Safari Sevens title they last won in 2016 after winning five of the six matches they played in the tournament.

Bufaa opened the scoring for Shujaa in the final against Germany, as the Kenyan side went on to win 12-5 and make sure the title remained in the country with the defending champions Morans having been beaten in the semis.

The Kakamega High School alumnus who has since switched allegiance to KCB RFC for the 2021/22 season from Homeboyz in the local league has grown from strength to strength since winning the Singapore Sevens in 2016, having made his debut for the national team in Hong Kong the same year.

The list included Joyceline Jepkosgei who won the London Marathon in 2:17:43 which is the seventh fastest on the all-time list.

Diana Kipyegoi and Benson Kipruto who won the women and men’s race at the Boston Marathon in 2:24:45 and 2:09:51 respectively made the nominations list for the month that witnessed World Major Marathons and other World Athletics Label Road Races. Also making the nomination list was Ulinzi Warrior’s Byron Mabonga who was instrumental in the side’s win against Cobra Sport of South Sudan to qualify for the Elite 16 in the Basketball Africa League (BAL) qualifiers.