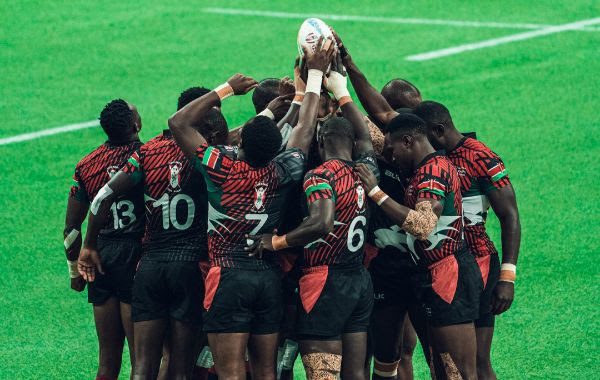 Kevin Wekesa and Tony Omondi are set for their Sevens World Series debuts after being named in Head Coach Innocent Simiyu’s squad that leaves Nairobi on Sunday for the opening two rounds of the 2021/22 season in Dubai. Edmund Anya returns to the squad for the first time since the 2018/19 season.

Nelson Oyoo captains the side that also includes the likes of Alvin Otieno, Johnstone Olindi and Herman Humwa in its ranks.

Commenting on the squad selection, Simiyu, a former Shujaa captain said, “ We are looking at how to improve on our team execution in the quest to attain our set targets.”

Speaking about the debutants, Simiyu said, “Wekesa has a lot of potential, we indeed view him as the next Andrew Amonde. Omondi was in line for his debut in Vancouver until a concussion ruled him out.”

“Anya played well during the pre-season Safari 7s, and apart from his pace and ball carrying ability,  brings another dimension in the air.”

The team is in Pool B with the USA, Argentina and Spain for the opening tournament which kicks off on Friday 26 November 2021.